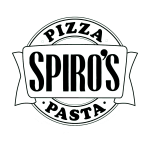 Jim and Sia Voltsis had been in the restaurant business for years, and in the early 80’s, they decided to step away from the industry. But, Evan Voltsis, their son had gotten the restaurant bug. While Evan was attending Shorewood high school (Shoreline, WA), in 1987, he was in the DECA program. His final project to was to write a final paper based on a business he would like to do in the future. This paper was about a pizza restaurant, named “Vangelli’s Pizza.” This project outlined the entire business, from the décor, to financing the project.

A few years later, Jim and Sia decided that it was time to help make Evan’s dream a reality, and in 1991 Spiro’s Pizza and Pasta in West Seattle opened. Through the years, Jim, Sia, Evan and Eleni worked side by side to make Spiro's a success. In 1993 they opened a small kitchen in Richmond Beach, where it was only delivery and take out, not long after, in 1995, the current Spiro's in Shoreline opened in its current location on Aurora. While Eleni was attending WWU, she would help in the restaurants on weekend and holidays, but after she received her Masters Degree in 2004, she decided to dive into the family business full time.  The Voltsis family worked the West Seattle Location and the Shoreline location together, and in 2004, the opportunity came to open a third restaurant in Mukilteo.

Currently, Jim and Sia have stepped back from the day to day workings of the restaurants, though they are still active and are seen on a daily basis at one of the three locations to keep everyone on their toes. On any given day, the 3 grandchildren are in the restaurants, and as soon as they are of age, they will begin working at the restaurants. Over the years, the Voltsis family has been blessed with exceptional team members and guests who have made Spiro's Pizza and Pasta what it is today, a gathering place, where guests become family.